Howdy, folks. That’s the kind of greeting you get when I’m drinkin’ out of this mug, 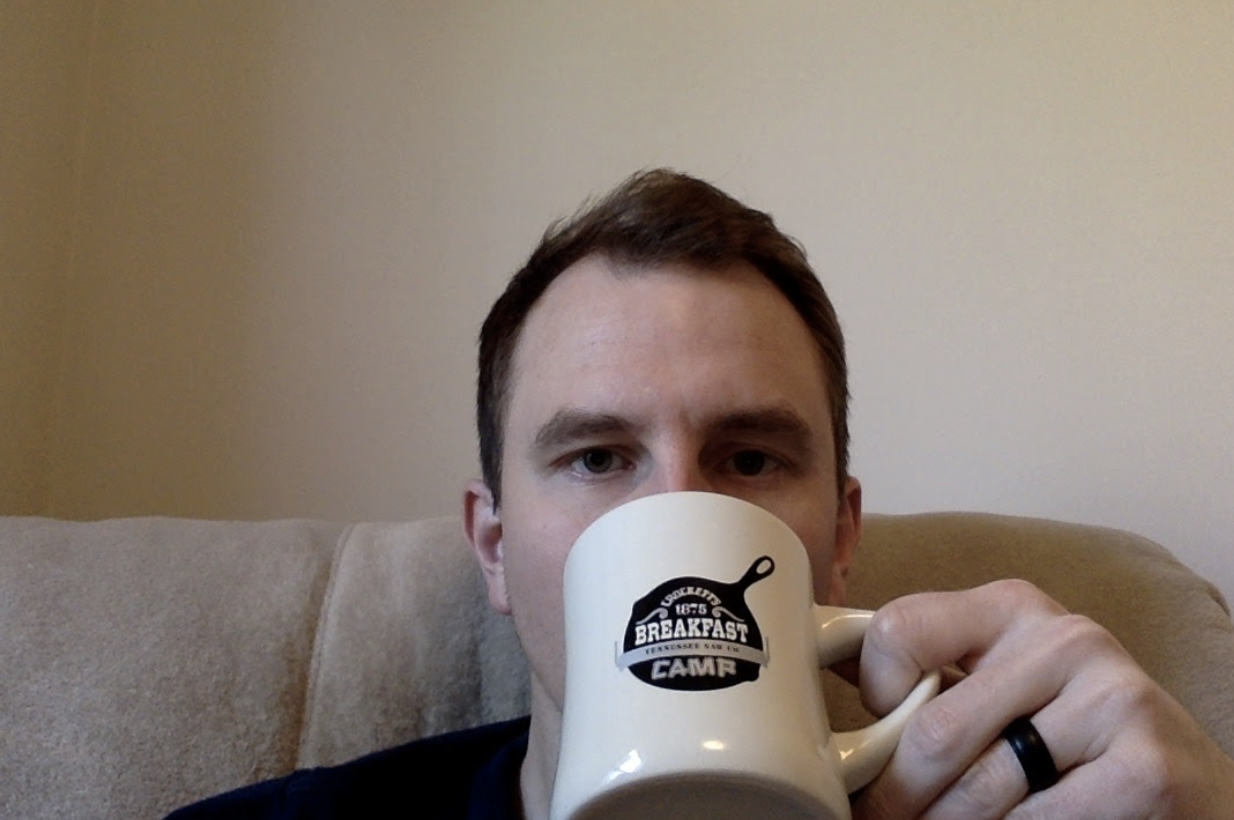 This beauty is from Crockett’s Breakfast Camp in the unofficial Capital of the South—Gatlinburg, TN. If you’re wondering why I got the mug, let these pictures answer your question. 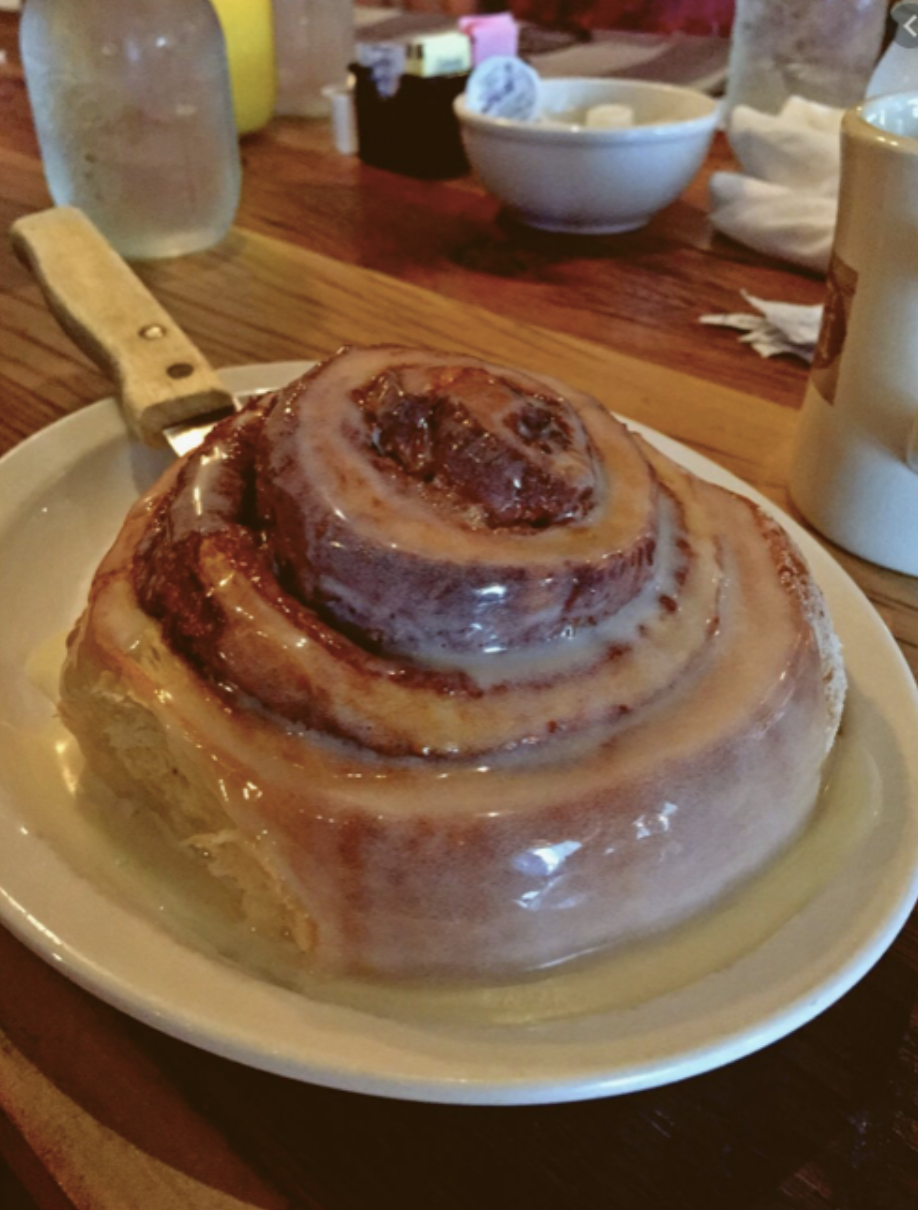 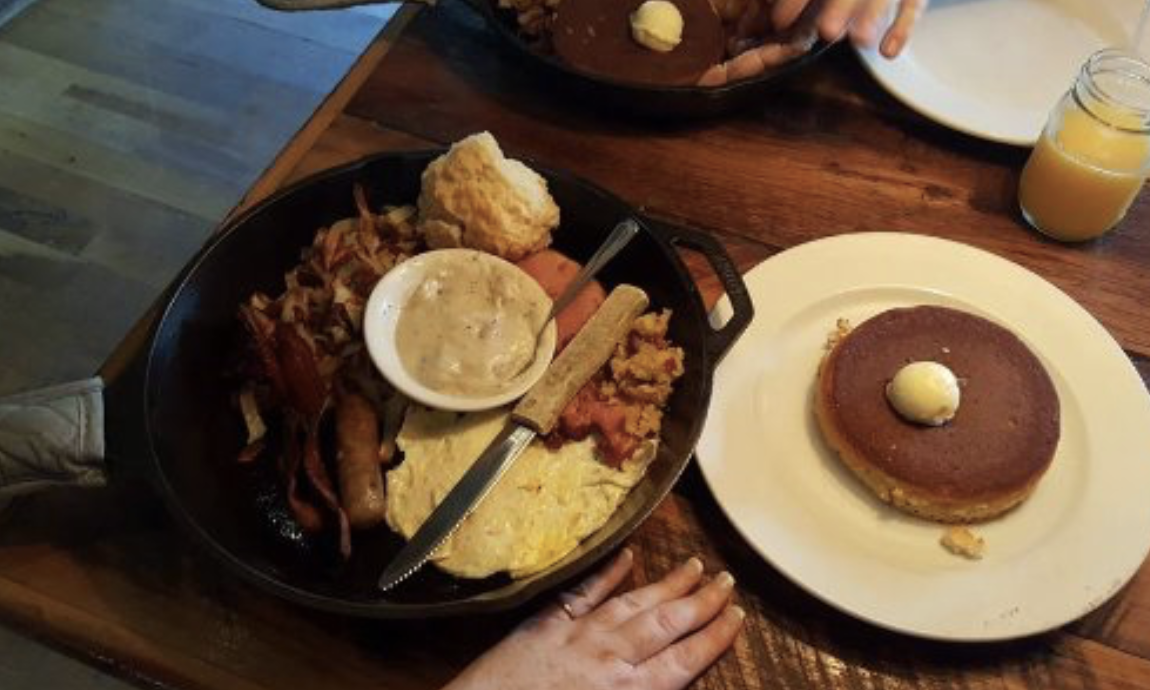 That’s how America does it. Sorry if that just makes you hungry.


A prayer before the reading of Scripture,

Blessed Lord, who caused all Holy Scriptures to be written for our learning: Grant us so to hear them, read, mark, learn, and inwardly digest them, that by patience and the comfort of your Holy Word we may embrace and ever hold fast the blessed hope of everlasting life, which you have given us in our Savior Jesus Christ; who lives and reigns with you and the Holy Spirit, one God, for ever and ever. Amen. (BCP 2019)

The passage for today,


“Only, live your life in a manner worthy of the gospel of Christ, so that, whether I come and see you or am absent and hear about you, I will know that you are standing firm in one spirit, striving side by side with one mind for the faith of the gospel, 28 and are in no way intimidated by your opponents. For them this is evidence of their destruction, but of your salvation. And this is God’s doing. 29 For he has graciously granted you the privilege not only of believing in Christ, but of suffering for him as well— 30 since you are having the same struggle that you saw I had and now hear that I still have.”


Paul instructs the Philippians, and so too us, to live in a manner worthy of the gospel of Christ. It is tempting to think this just means “be good” or “you better be on your best behavior.” You know, the kinds of things your mom tells you when you’re about to have company over.

But I think Paul has in mind something more radical. He says a few verses later (v. 29) that suffering for Christ is a “privilege.” That sounds odd to our ears, because we don’t think of suffering as a privilege. I think the key to this lies in verse 27: live your life in a manner worthy of the gospel of Christ. This means nothing less than seeing the world—and everything in it—entirely different. Namely, through the lens of the gospel.

20th century British writer G. K. Chesterton—famous for his delightful Father Brown series, later made into a BBC TV series starring Ron Weasley’s dad, and both the books and the show are highly recommended—wrote a biography about Saint Francis of Assisi.

He describes a time when Saint Francis retreated into a cave for a period of time, but when he came out he had had “a profound spiritual revolution.” He describes the scene like this,


“The man who went into the cave was not the man who came out again; in that sense he was almost as different as if he were dead, as if he were a ghost or a blessed spirit. And the effects of this on his attitude towards the actual world were really as extravagant as any parallel can make them. He looked at the world as differently from other men as if he had come out of that dark hole walking on his hands.”


Does this sound familiar at all? Fans of Mumford & Sons might recognize hints of these lyrics from “The Cave.”

These words are particularly reminiscent as Chesterton continues,


If a man saw the world upside down, with all the trees and towers hanging head downwards as in a pool, one effect would be to emphasize the idea of dependence. There is a Latin and literal connection; for the very word dependence only means hanging. It would make vivid the Scriptural text which says that God has hanged the world upon nothing.

If St. Francis saw in one of his strange dreams, the town of Assisi upside down, it need not have differed in a single detail from itself except in being entirely the other way round. But the point is this: that whereas to the normal eye the large masonry of its walls or the massive foundations of its watchtowers and its high citadel would make it seem safer and more permanent, the moment it was turned over the very same weight would make it seem more helpless and more in peril. It is but a symbol; but it happens to fit the psychological fact.

St. Francis might love his little town as much as before, or more than before; but the nature of the love would be altered even in being increased. He might see and love every tile on the steep roofs or every bird on the battlements; but he would see them all in a new and divine light of eternal danger and dependence. Instead of being merely proud of his strong city because it could not be moved, he would be thankful to God Almighty that it had not been dropped; he would be thankful to God for not dropping the whole cosmos like a vast crystal to be shattered into falling stars. Perhaps St. Peter saw the world so, when he was crucified head-downwards.


The spiritual revolution Chesterton describes of St. Francis was one in which the world was no longer the same, but only he had changed. The gospel requires that of us. Living in a manner worthy of Christ is like seeing the world upside down—it is, to put it as Paul does, to see suffering as a privilege. This does not always compute for those who are used to seeing the world right-side up.


“Only, live your life in a manner worthy of the gospel of Christ”

“For he has graciously granted you the privilege not only of believing in Christ, but of suffering for him as well”


Having a paper and pen would probably be helpful, but you can do the practice without them too. You can either pray through these passages yourself, or follow these instructions:

Second reading of the passage: Ponder
As you read the passage again ask how this word or phrase speaks to your life and why it has connected with you. Ponder it carefully. Don’t worry if you get distracted – it may be part of your response to offer it to God. Sit in silence and then frame a single sentence that begins to say aloud what this word or phrase says to you.

Third reading of the passage: Pray
As you read the passage for the last time ask what Christ is calling from you. What is it that you need to do or consider or relinquish or take on as a result of what God is saying to you in this word or phrase? In the silence that follows the reading pray for the grace of the Spirit to plant this word in your heart.

Grace and Peace, see you tomorrow!