Today, you get two for the price of one. A picture of my mug and my t-shirt with my boi, C. S. Lewis, on it. 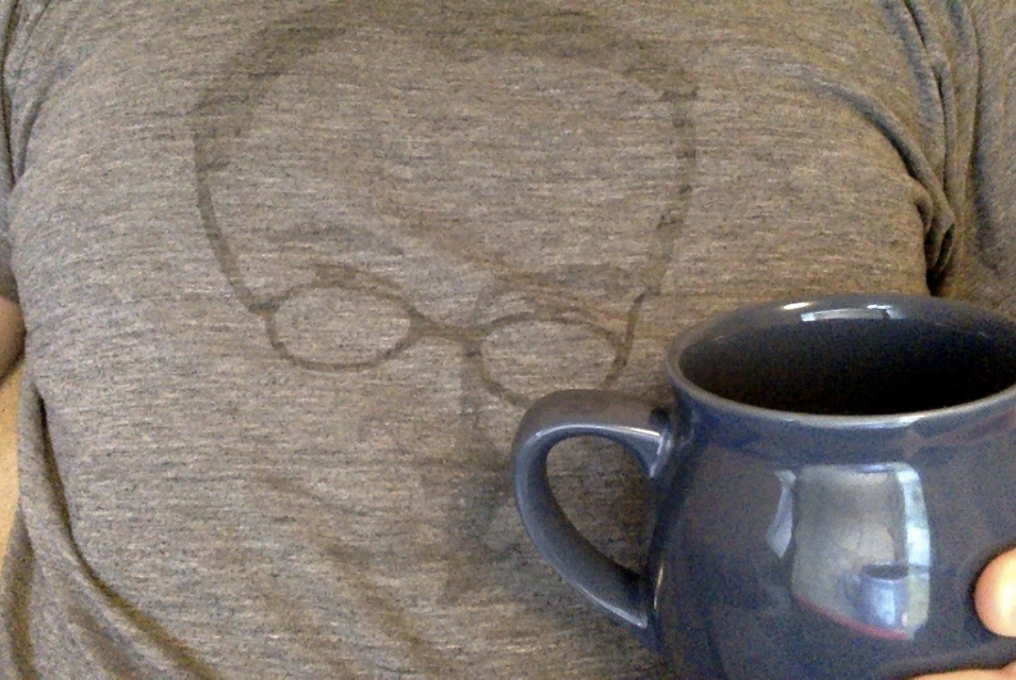 In celebration of me wearing this shirt, I’m going to drop this Lewis quote here: “There are no ordinary people. You have never talked to a mere mortal. Nations, cultures, arts, civilizations – these are mortal, and their life is to ours as the life of a gnat. But it is immortals whom we joke with, work with, marry, snub and exploit – immortal horrors or everlasting splendors. This does not mean that we are to be perpetually solemn. We must play. But our merriment must be of that kind (and it is, in fact, the merriest kind) which exists between people who have, from the outset, taken each other seriously – no flippancy, no superiority, no presumption.”


Today’s prayer is borrowed from what has been called the prayer book of the church: the Psalms.


For a day in your courts is better

than a thousand elsewhere.

than live in the tents of wickedness.

11 For the LORD God is a sun and shield;

he bestows favor and honor.

No good thing does the LORD withhold

from those who walk uprightly.

happy is everyone who trusts in you.


Unfortunately, we sometimes forget that Christianity is not a list of rules. It’s not a burdensome task, but living in the presence of the Lord brings joy!

The great thing about Philippians is that Paul really knows this. He learned it, in fact, the hard way. In chapter four especially we’re going to learn more about joy, but in today’s passage Paul reminds his readers that he once found religion to be burdensome. He writes,


Finally, my brothers and sisters, rejoice in the Lord. To write the same things to you is not troublesome to me, and for you it is a safeguard.

If anyone else has reason to be confident in the flesh, I have more: 5 circumcised on the eighth day, a member of the people of Israel, of the tribe of Benjamin, a Hebrew born of Hebrews; as to the law, a Pharisee; 6 as to zeal, a persecutor of the church; as to righteousness under the law, blameless.


In writing to the Philippians, Paul warns hearers about “evil workers” and mutilators of the flesh (v. 2). Here Paul references the ancient Jewish practice of circumcision. Circumcision, more than a crude surgery that’s a little awkward to talk about, was a sign of the Jewish people’s devotion to God, so why does Paul mock it here?

Paul doesn’t mock circumcision per se, but circumcision which purports to be enough. The problem with some of the Jewish practices, according to Paul, was not the practices themselves, but that these practices were deemed sufficient and bringing about salvation in and of themselves. Paul contrasts this way of thinking in the next verse: “it is we who are the circumcision, who worship in the Spirit of God and boast in Jesus Christ and have no confidence in the flesh.” See how he communicates a similar idea in a different letter:


In him also you were circumcised with a spiritual circumcision, by putting off the body of the flesh in the circumcision of Christ; 12 when you were buried with him in baptism, you were also raised with him through faith in the power of God, who raised him from the dead. (Colossians 2:11-12)


According to Paul, it is not our practices which need to be reformed but our hearts. The “flesh,” he says, is no reason to brag. So you were circumcised? Your hearts need to be circumcised, too.

Further, Paul makes it clear that insofar as the flesh did give anyone to brag, he has it all. He goes down his own resume as a Jew:

In sum, he had it all. His conversion to Christianity was not because he had failed Judaism, but because of a real experience. Despite all of that fidelity to his former religion, Paul has come to see that something is missing. That something is the light of Christ (as we’ll see tomorrow).


Paul’s list probably isn’t relatable for most of us. Most of us aren’t Jews, after all, and we aren’t tempted to think of ourselves as something special because of our heritage.

However, we still tend to have “confidence in the flesh.” We may not fill out our resume in the same way Paul does, but we still fill it out:

These are not bad things (clearly), but they become so when we “boast” in them. When we put confidence in these things in place of Jesus it becomes a problem. The temptation to do so is strong.

What would you fill your list out with? If you’ve got a paper and pen handy, write out your resume. What things do you put confidence in? What things are you tempted to say are the most important things about who you are?

O God, of your goodness, give me yourself, for you are enough for me. I can ask for nothing less that is completely to your honor, and if I do ask anything less, I shall always be in want. Only in you I have all. Amen. (Julian of Norwich, 15th century)